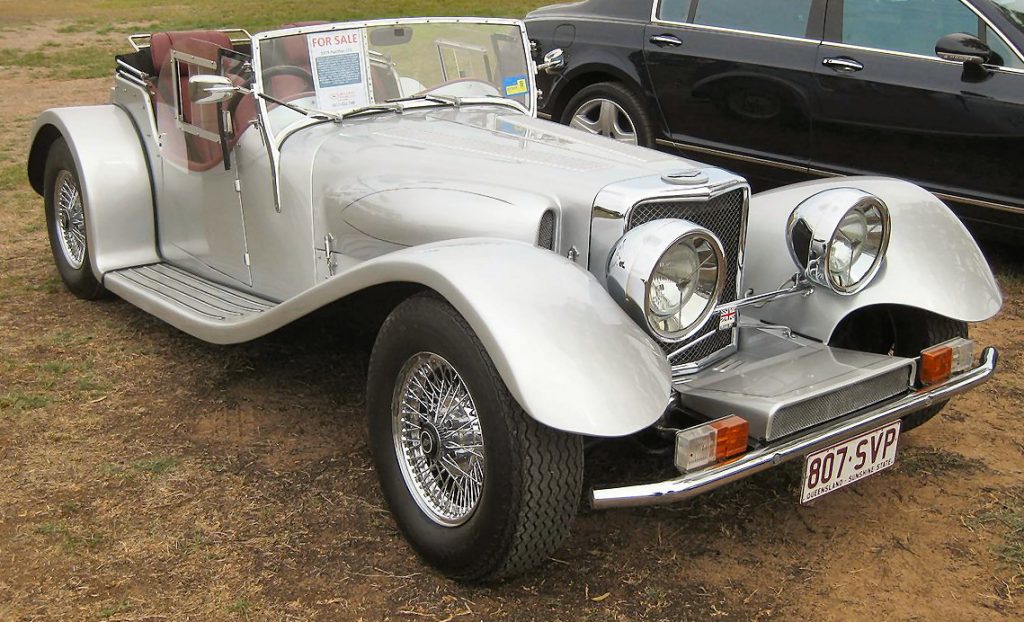 The Panther J72 was the first product of the Panther Westwinds company and sold from 1972 through to 1981. It was an ultra-exclusive luxury roadster intended to compete with the best of the 1970s motor industry. Styled like the Jaguar SS100 it used mechanicals from the XJ12 including the 5.3 L Jaguar V12 engine and was also offered with the 3.8 L and 4.2 L XK engines.

The J72 was a success for the small company with its Connolly coachwork beating Rolls-Royce at the 1973 London Motor Show. In all 368 were produced and it was purchased by a number of celebrities.

My Par Green 1974 Panther J72, Registration 3 WXA, is one of the finest in existence