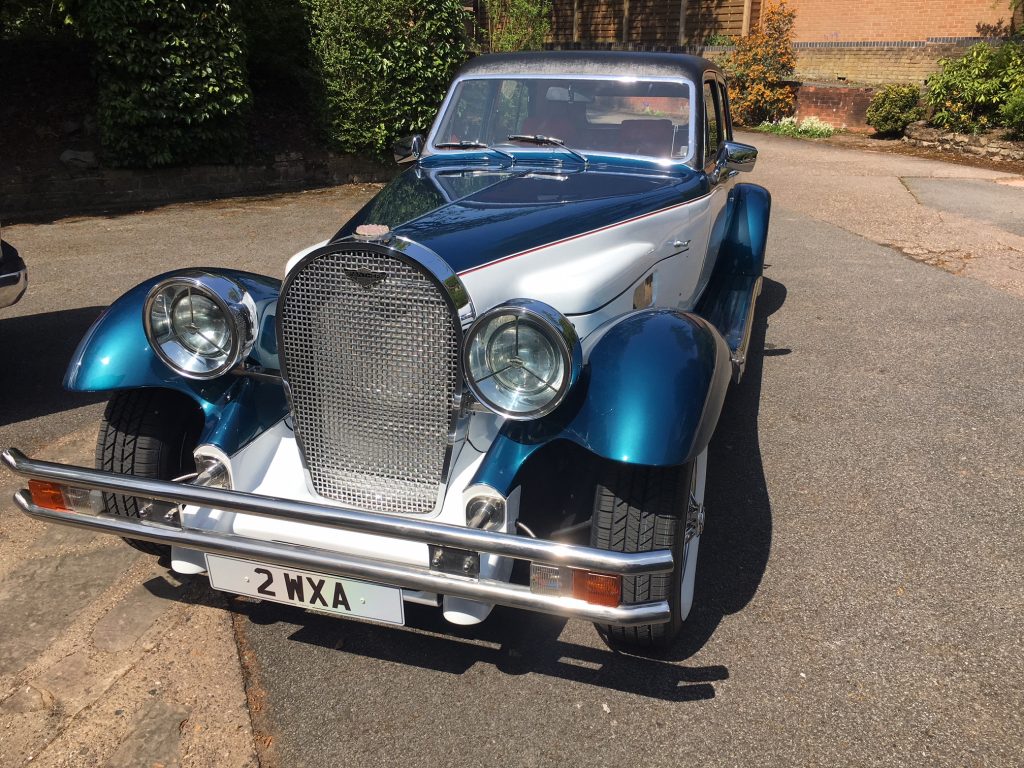 The Panther De Ville is a neo-classic luxury vehicle which was produced from 1974 to 1985. It was conceived to appeal to the taste of nouveau riche customers including singer Elton John and actor Oliver Reed. About 60 were hand-built including eleven two-door convertibles (for many years Britain’s most expensive listed production car) and one pink and gold six-door limousine.

With a wheelbase of 3.6 metres the tubular-framed De Ville used a straight six engine or a V12 engine from Jaguar Cars. The flowing wing lines and big headlights were styled to imitate the Bugatti Royale. The cockpit was modern without the exterior’s pretense of pre-war stylingand the body was hand painted.

The De Ville was equipped with Jaguar suspension, power steering and automatic transmission so it was an easy car to drive and quite quick although poor aerodynamics tended to keep the top speed low. Interiors were lavish and often featured TV sets and drinks bars.

A Panther De Ville was used in Disney’s 1996 live-action movie 101 Dalmatians as Cruella de Vil’s car. The Jaguar engine in the car was replaced with a small-block Chevrolet V8.

My Panther DeVille, Registration Number 2 WXA (Previously BBH 233P), is one of the finest in existence, and also has to be one of the coolest cars on the planet. My first recollection of the Panther DeVille was in car magazines, and the outrageous price back in the 70s, and then through playing the Top Trumps card game, as when you had a Panther DeVille card, you always won on price, as the cars were so expensive

To get my DeVille to the condition its in now, took 18 months of hard work, and lot of headaches, and I need to express my great thanks to John Deed, who is the DeVille Guru, as without Johns constant help, I would never have got the car as it is now 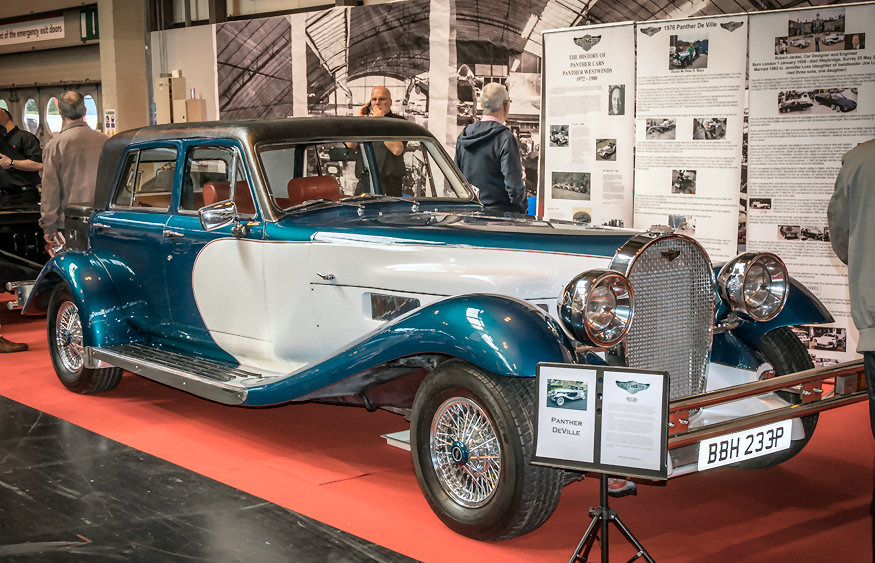 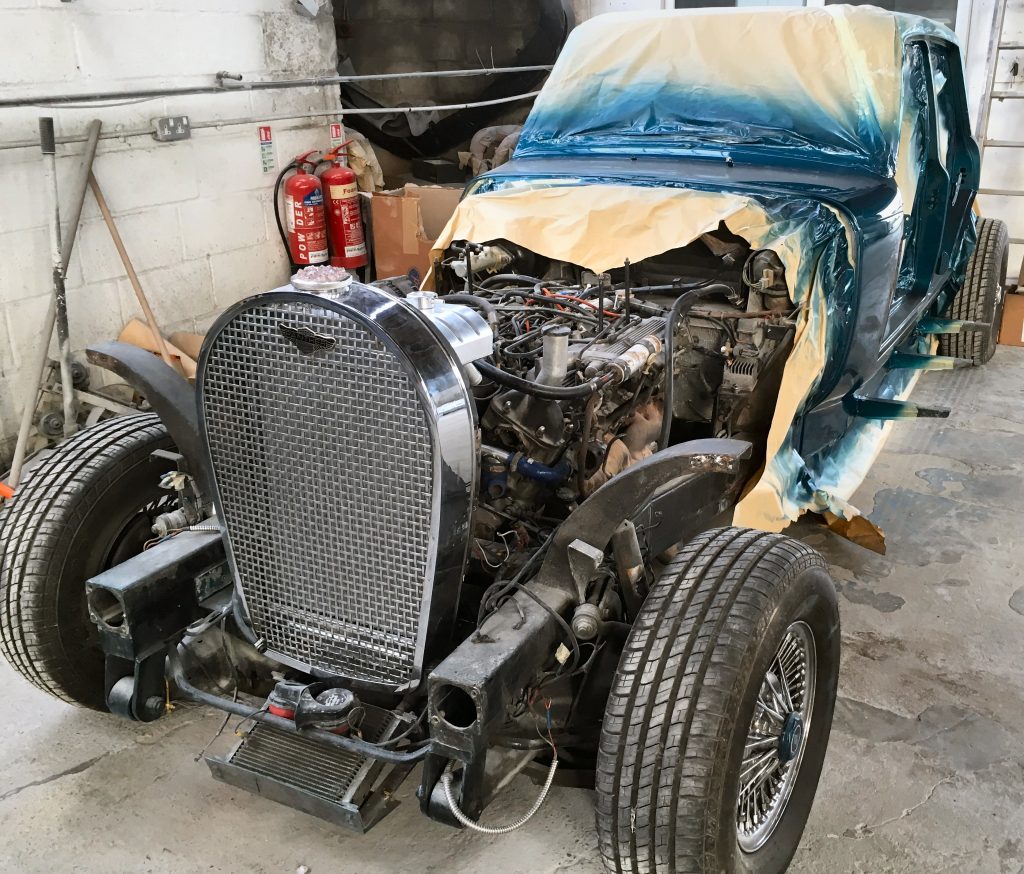 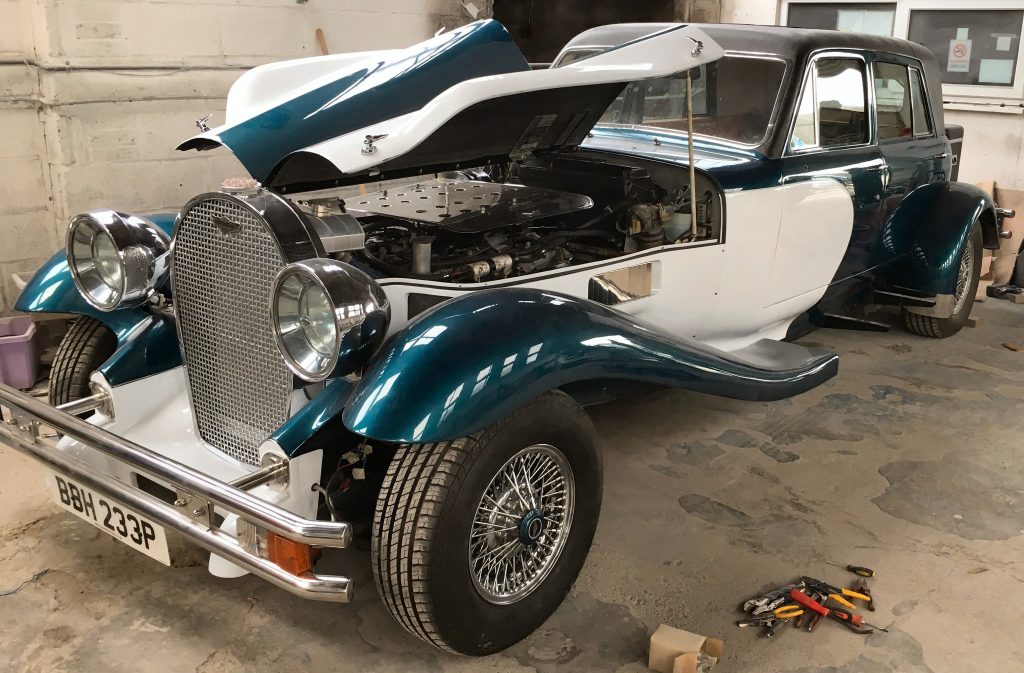 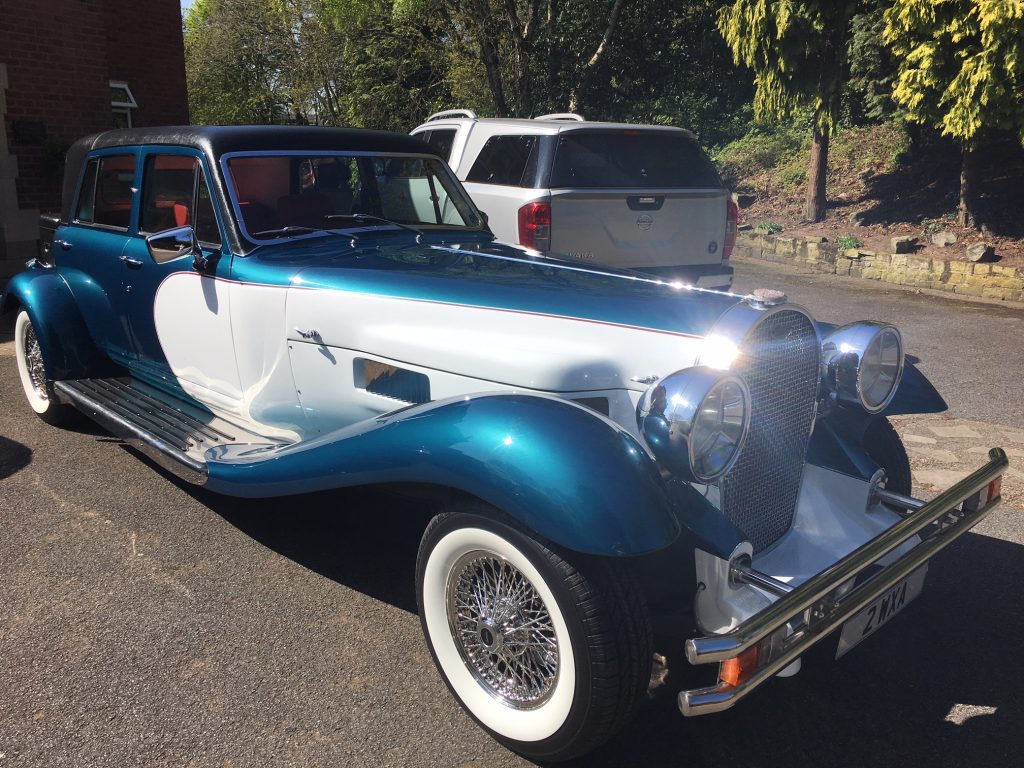