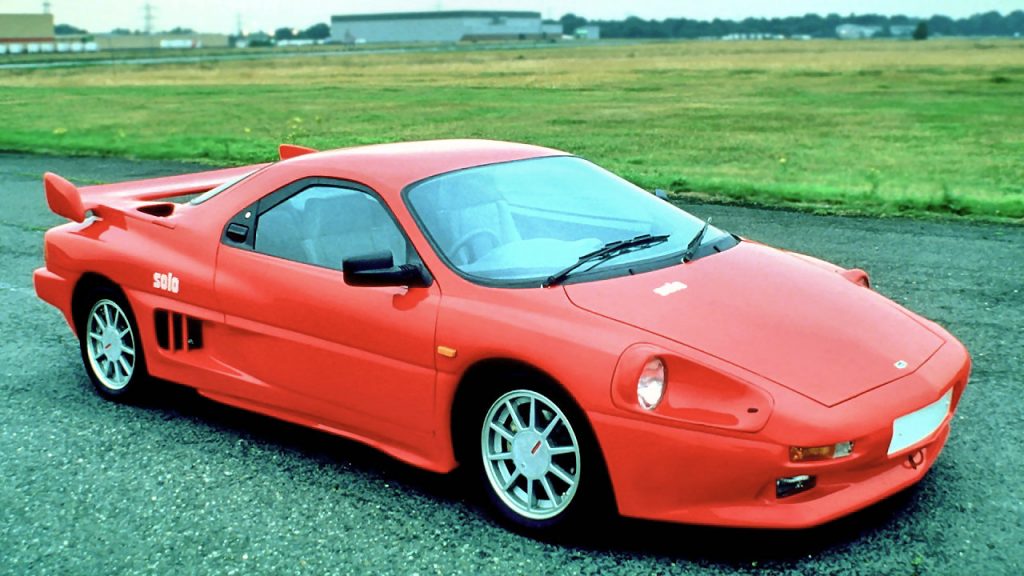 The Panther Solo is a mid-engined sports car available as a two-seat coupé with the option of additional rear seats to make it a 2+2. The original design was for a simple mid-engined rear wheel drive car to replace the Kallista. It was to have relatively simple technology and use a Ford 1.6 CVH Engine (as fitted in the Ford Fiesta XR2). The car would have contemporary styling an aerodynamics fibreglass body to save weight with a Cd of 0.33. Before production a new design was created with a stretched wheelbase to accommodate 2+2 seating, a composite upper body, permanent four wheel drive and a Ford Sierra Cosworth RS 1,993 cc engine with twice the horsepower of the original. It was mated to the Borg-Warner T-5 (same as in the RS) which drove a Ferguson four-wheel drive system modified to use XR4x4 components including both differentials.

It had a composite construction with the lower body being a space frame made primarily of steel and the upper body made from aluminium honeycomb sandwiched between multiple sheets of glass fibre bonded with aerospace epoxy adhesive and then glued to each other. Suspension used Escort struts in front while the disc brakes were fitted with Scorpio derived ABS. One of the development cars had a twin turbo set-up due to the known turbo lag issues with the theory  that two smaller turbos would eliminate the lag of one larger turbo.

12 Solos in total were built, and 3 are currently registered for the road, the rest as far as I am aware are all in storage and off the road

And for those that want to read the full story of the car, please see below…  The Photo below is of Bob Clare and his concours (Better than new) Solo 2, shown here with the later more attractive rear spoiler, and the unique roll over front headlights 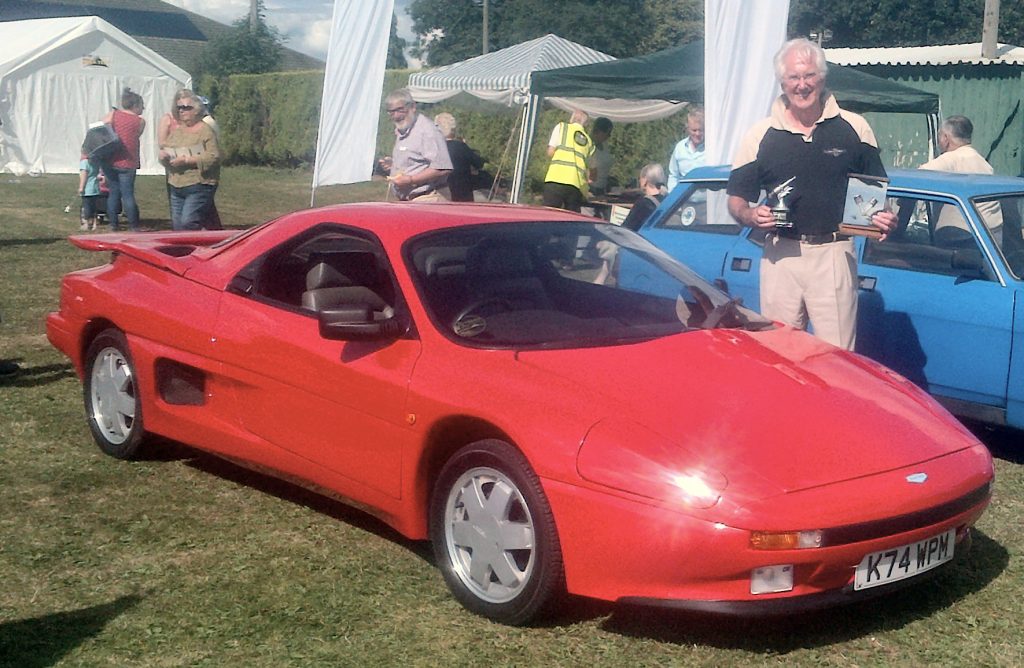 Many thanks to Bob Clare for providing this information